3 Tooth Fairy Myths From Around The Globe 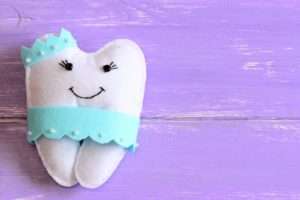 For adults, losing a tooth necessitates an emergency visit to the dentist. However, as a child, this occurrence is an exciting milestone! In fact, second only to Santa Claus and the Easter Bunny, the tooth fairy is one of the most beloved children’s characters. However, the tradition we have of placing the tooth underneath a pillow and waking up to a small gift isn’t the only tale being told around the world. Read on for three tooth fairy stories in Katy you can share with your little one!

The Original: The Tooth Mouse!

In many countries around the world, a mythological mouse retrieves each child’s tooth. In fact, it is believed to be the original story that inspired the tooth fairy we know today! Initially, selecting a mouse for this tradition may seem odd, but they are actually a good fit considering their teeth grow for their entire lives. In this tradition, the little rodent collects lost teeth from underneath their pillow or from the bottom of a glass of water!

Egypt, Iraq, and Japan are just a few countries that toss their teeth instead of placing them underneath a pillow in exchange for a gift. For example, in Korea and Brazil, children throw their lost tooth onto the roof in hopes that a bird will pick it up and bring them a new one. In Jordan and other Middle Eastern countries, children throw their teeth towards the sun hoping that the star itself will gift them a greater tooth. Plus, Japanese tradition involves children throwing their top teeth towards the ground and their bottom teeth into the air to make their new tooth grow in straight!

Stash Instead of Cash

Some cultures want to hold tight to their tooth instead of giving it away so freely. In Lithuania, children keep their teeth in a special box or make their lost tooth into a keepsake. On the other hand, people in Turkey stash their children’s teeth in meaningful places to promote success in their future. For example, they can bury their tooth near a doctor’s office in hopes the child will grow up to be a doctor!

Around the globe, traditions like these have helped to make losing teeth a memorable part of childhood. Don’t hesitate to share your favorites with your little one to help get them excited about their growing smile!